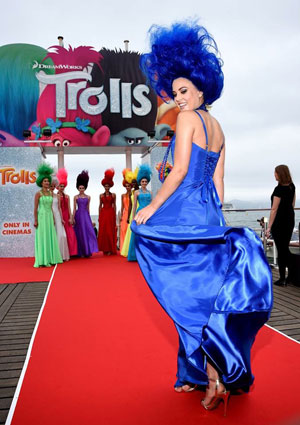 When long-hair maestro, Patrick Cameron invited Ian Morton, Vice President of International Promotions at 20th Century Fox, to attend his Modern Vintage show at Salon International, little did Patrick realize that he would be commissioned to design and style the hair for the launch of the new DreamWorks Animation's movie, Trolls, in front of the Carlton Pier at the Cannes Film Festival.

Following various meetings with 20th Century Fox and DreamWorks, along with a special briefing held in London by CEO of DreamWorks Animation, Jeffrey Katzenberg, Patrick and his handpicked team of experts-including couture designer Marco Erbi and makeup artist Daniel Kolaric-worked non-stop for over four months, creating show-stopping hair, make up and costumes for the movie premiere at the Cannes Film Festival. For the show, Patrick created the Trolls gravity-defying, larger-than-life colorful hair on 10 Amazonian models that sashayed along the Carlton Pier to introduce two of the stars from the movie, Justin Timberlake and Anna Kendrick.

Patrick explains his involvement in the launch. "Working with the creators and directing team has been the most fantastic experience. The opportunity to present a Patrick Cameron Hair Show at the 2016 Cannes film festival is one I'll never forget.

"I was asked to create 10 looks that would work for 10 glamorous models on the Red Carpet taking the Troll hair look to a whole new level of fun and sophistication! But, it's not just a matter of putting fun wigs on models! Each look had to be carefully planned and constructed to be completely special with a one-of-a-kind feeling. The wigs I used were ordered from around the world to get the correct colors needed, with each wig having a hand-knotted, lace-front construction to give the illusion the models hair was real. I also needed one special rainbow wig, which I had made by the London based Big Wig Company.

"My Art director Marco Erbi created the overall look of what each model wore and each dress was hand made by Marco with matching jewelry, all color-matched to each wig. The project took our team over four months of constant coordination from my business partner Susan Callaghan, Art director Marco Erbi, choreographers Kelly & Stacy Franklin, DreamWorks/Fox PR production company Media Circus and myself to arrive at the final collection, which we presented to the worlds press at the world famous Cannes Film Festival." 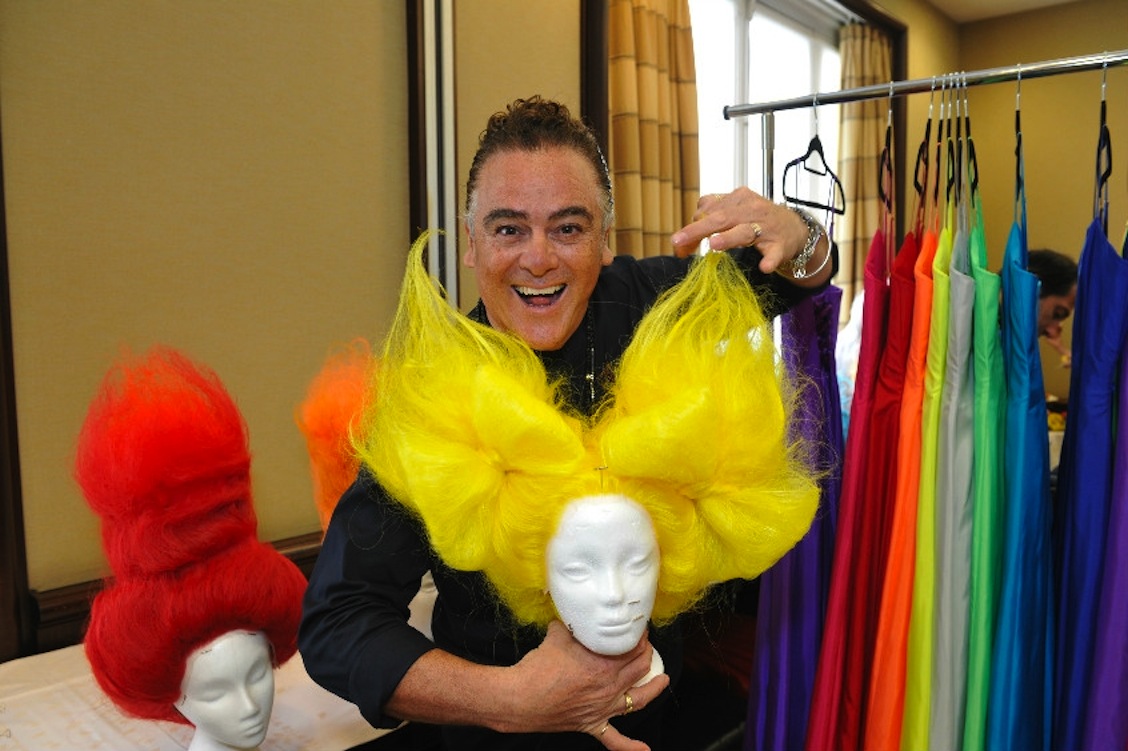